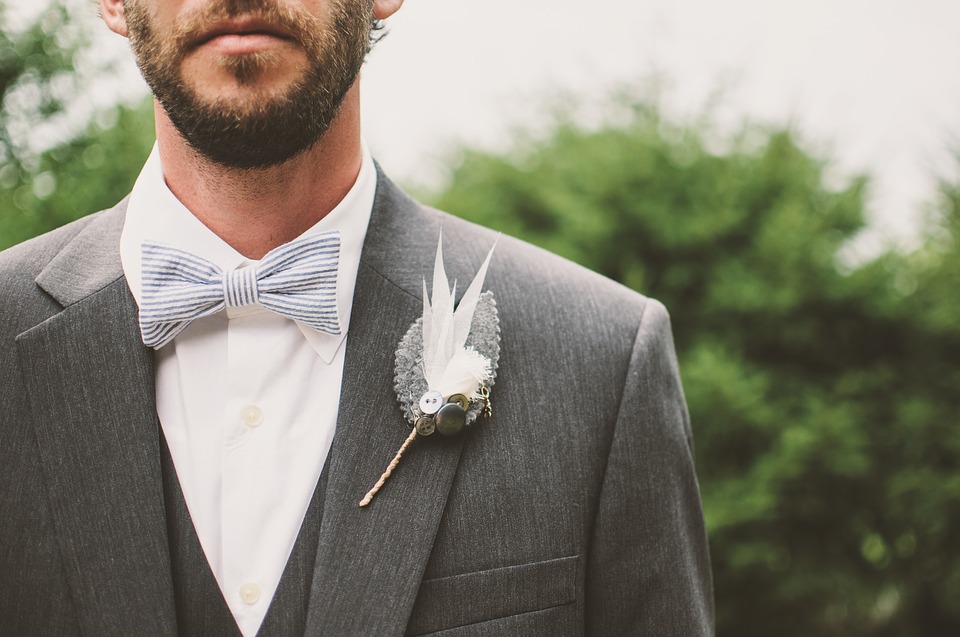 Bow ties were once reserved purely for stuffy old professors and young children, but they’re becoming more and more popular. Unless you go down the clip-on route, which isn’t exactly the most sophisticated option, you’re going to find yourself having to decide between either self-tied or pre-tied.   A self-tied bow tie comes as one single length of fabric that must be tied completely by hand. In contrast, a pre-tied bow tie is simply attached around the neck using an elastic strap.   Here are just five reasons you should go with self-tied.

You might argue that a pre-tied bow tie will look better since it will already be perfectly put together. However, there’s such a thing as too perfect. Self-tied bow ties have a sense of character because they will never look quite the same. A pre-tied bow tie should never sag too far forward since the elastic will hold it nicely in place. However, you won’t be able to achieve the same perfect fit around your neck that you would with a self-tied alternative, and they can feel a little tight after an hour or two as the elastic presses against your neckline. Okay, self-tied bow ties can come loose, but it won’t be nearly as embarrassing if they do. The elastic can slip or the hook can come undone when you’re wearing a pre-tied bow tie. It’s going to be immediately obvious that something has gone wrong, which can be more than a little awkward. One of the great things about self-tied bow ties is that they look just as great untied as they do tied. At the end of the evening, the look of an untied bow tie just looks effortlessly cool, especially if you’re wearing a tuxedo. With pre-tied bow ties, that’s something you’re going to miss out on. At the end of the day, putting on a self-tied bow tie comes with a sense of pride and panache that cannot be replicated by a pre-tied bow tie. You’ll impress whoever you’re with when you’re able to tie one perfectly, and it’s a rite of passage on your journey to becoming a truly well-dressed man.
Filed Under:Lifestyle,Men's Gear,Men's Style,Spotlight on: Essentials