A Review of the New Honda S660 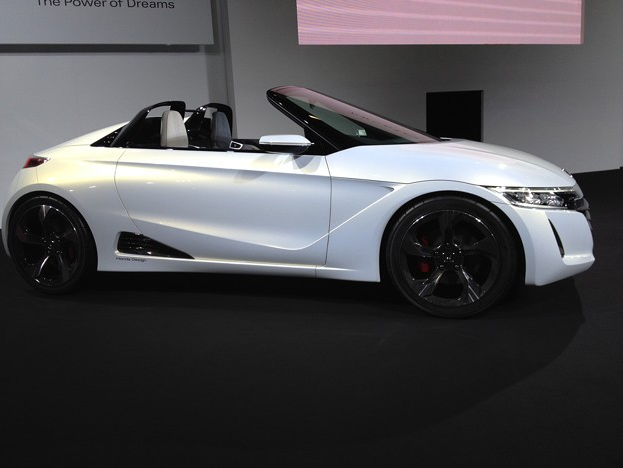 Honda have gone through some troubled times of late. Their cars have been failing to connect well with the public, and the reviews haven’t been much kinder either. The manufacturer has been trying to target a more middle of the road customer and, as a result, some of the cars started to get more boring. Luckily, they seem to be going back to a more sporty kind of car making now though. The Honda S660 marks a step in a different direction. The cars of recent years seem a thing of the past when you take a glance at the sleek, elegant style of the S660. So, is this a true return to form for Honda, or just a blip on the map? Let’s find out.

From the outset, it’s important to make it clear that the S660 is a sports car. And that’s exactly what it looks like. It might not appear to look much like any Honda you’ve seen for a long time, and, as far as I’m concerned, that can only be a good thing. The closest relative to the S660 is probably the Honda Beat. The car’s a soft top convertible and it looks great with the roof up or down. It’s interesting to look at the car from the side. It almost has a triangular shape, which is not something you see on a lot of cars. It’s not unattractive though, it looks great.

The S660 is a small, sporty two-seater, so don’t expect the luxury of space and roominess in the interiors. Having said that, it doesn’t feel cramped. Unless you’re very tall, you shouldn’t have a problem with feeling comfortable in the driving seat. The dashboard probably isn’t the car’s best feature. It looks a little cheap and plastic. It doesn’t feel like a great deal of care and attention has been dedicated to it. It’s not a huge problem though. The seats are comfortable, and the wheel fits naturally in the hand.

You could pick up a CR-Z if you want high performance combined with power and functionality. They’re relatively cheap from retailers like www.harratts.co.uk. The problem is can the S660 match that car? The CR-Z is the best car Honda released for some time before the S660. The S660 certainly can’t handle city streets quite as well as the CR-Z, but on the track, there’s no contest. The engine is a three-cylinder, 660cc turbocharged model. That means you’ll accelerate fast and hold your speed easily.

The handling is a slight disappointment. It’s almost too safe and secure. You never feel like you can have much fun with it, resulting in quite a bland drive. But security and reliability are important too, so it’s a little unfair to complain about this too much. That engine will mean you can have a lot of fun with it on a race track though. But will it appeal to people living in the city? To be honest, it might not.

At the moment, the car is only on sale in Asia. It is expected to reach the west sometime next year though. Judging by its sale price in Asia, we could be looking at a pretty affordable price too. Though prices for the western release haven’t yet been confirmed. It looks to me like Honda are taking a break from their ordinary way of doing things and returning to their sporty roots. And that’s a good thing going forward.
Filed Under:Driving