You are here: HOME / Men's Style / Can England spring a shock and win the European Championships in 2016?

Can England spring a shock and win the European Championships in 2016? 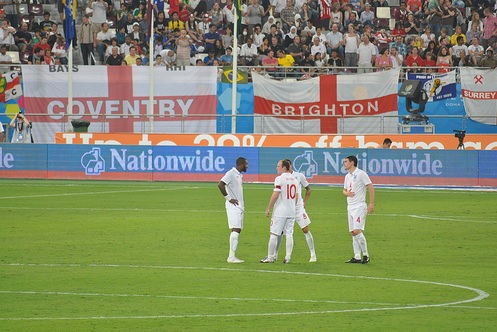 England are well on the way to securing their place in next summer’s European Championship tournament in France after winning their first five Group E fixtures. The Three Lions have scored 15 goals in the process, while conceding just a solitary goal in their 3-1 victory over Slovenia last November. Roy Hodgson’s side will be quietly confident of winning their remaining matches and are already planning ahead for the 2016 tournament, which will be hosted by France. Although they have only featured against the likes of San Marino and Lithuania, England will fancy their chances of success at the summer event after responding well to the disappointing group stage exit at the 2014 World Cup in Brazil.

The Three Lions have always possessed a talented squad but have always struggled to make an impact at major tournaments. Wayne Rooney, who has scored 47 international goals in his illustrious career, has failed to live up to expectations for the national team after he produced a scintillating performance at the European Championship in 2004. Since then, Rooney has always found the net during the various qualifying campaigns but had fired blanks on the big stage before last summer’s World Cup. Realistically, the England captain has one opportunity left to lead his country to the latter stages of a major tournament and there is no reason why the Three Lions cannot succeed in France.

England’s current crop of players are hard-working and the majority have bought into Roy Hodgson’s defensive minded philosophy. The former Liverpool coach has stressed the importance of remaining compact against opposing sides and the Three Lions have certainly been working on their shape throughout the qualifying campaign. The defensive unit is aggressive and natural leader Gary Cahill, who is an ever-present at the heart of the back four, controls the backline while Manchester City goalkeeper Joe Hart dominates the penalty area at set-pieces. 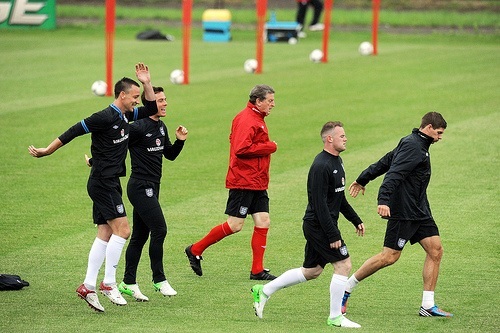 In midfield, England no longer have the experienced Steven Gerrard and Frank Lampard, but remain exceptionally strong in central areas. Jordan Henderson, Jack Wilshere, James Milner and Michael Carrick have all featured throughout the qualifying campaign, with each player making an impact on various occasions. With the likes of Raheem Sterling, Theo Walcott and Andros Townsend on the wing, Hodgson’s side has pace to burn and can cause problems for any opponent. In addition, these talented youngsters are also brilliantly deployed as ‘impact players’ when opposing defenders begin to tire.

With a young, energetic squad that is hungry to succeed, England stand a good chance of reaching the latter stages of the European Championship. After watching their displays in qualifying, many punters will be backing Roy’s men in the international football betting to go on and lift the trophy in 2016 but there are some exceptional teams in the tournament that will pose a much greater threat than the likes of San Marino. Spain, Germany and France will all fancy their chances but, with a bit of luck and the right squad selection, England could reach the semi-finals for the first time since 1996.