You are here: HOME / Lifestyle / How Can We Tell Whether Animals Can See In Colour?

How Can We Tell Whether Animals Can See In Colour? 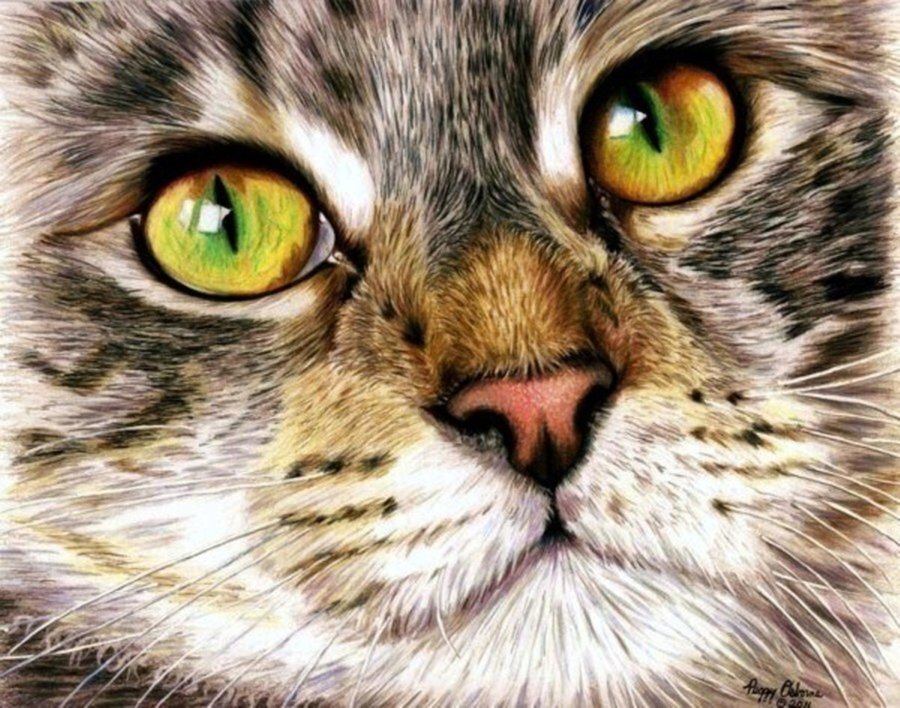 In theory, we can tell whether an animal can see in colour by looking at the eye to see if it has cone cells – these are the cells that perceive colours. It’s also possible to see how vividly they can see colours and even which colours they can detect.

In practice, we’ll never know how another animal sees and processes colour, as we can’t put ourselves inside their consciousness (yet), but we can have a good guess. Colours are processed in the brain in pretty much the same way throughout the animal kingdom, so by looking at the cells in the eye, as well as the lifestyle of the animal (is it nocturnal or does it live in dark places?), we can draw some good conclusions.

We can’t be 100% certain that two humans see exactly the same colours when they’re looking at, say, a yellow banana; there may be subtle differences in perception among people who aren’t even colour-blind.

How does human colour vision compare to animals’?

It varies widely. Humans can see more colours, and see them more vividly than dogs and cats. These popular pets see fewer colours and we believe they are washed-out and pastel in nature. Some animals, however, see lightwaves and colours that we can’t. Snakes can see in infra-red light (IR), for example. We have to look to the infra-red cameras made by companies like Andor.com in order to see this wavelength. Snakes have this ability as they often hunt at night and use IR to detect the heat from their prey.

Spiders and insects see in mainly green and ultraviolet, which is different to us, while the octopus and squid see mainly in blue. Birds see in five to seven colours and have a greater range than humans, while reptiles see a few colours and also in infra-red. Our close cousins, the monkeys and apes, are the only animals that have vision similar in range and intensity to our own.

There’s no need to be envious, though, as each animal sees what and how it needs to in order to live in its niche.

How do other animals see things?

Humans have three different types of cones that allow us to see light in what we call the visible part of the spectrum (a very human-centric way of putting it, really!).

A butterfly, for example, sees in the ultraviolet part of the spectrum, which we can’t perceive. However, the butterfly’s sight isn’t as sharp as ours, so they’ll see the world in pixellated-looking greens and yellows.

What a snake sees

Imagine you’re looking at a man standing with his right arm in a fabric bag (he’s doing it for research purposes, ok?). You’ll see the man, holding his arm up inside the bag, but you won’t be able to see his arm, you’ll just see the bag. A snake, however, won’t be interested in the man’s face, or his clothes, or even the bag. It’ll be interested in the heat signature coming off the man – this heat signature means the snake will be able to see the arm inside the bag as it’s giving off infra-red light. This is useful when you are a nocturnal predator rather than a daytime animal like the human.