You are here: HOME / Culture,Lifestyle / I Think I’m in Love

I Think I’m in Love 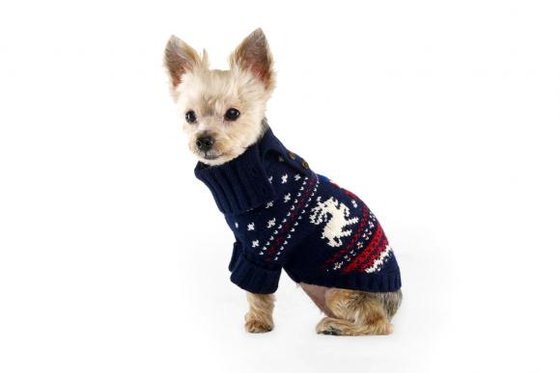 It would be ridiculous to speak of dogs “having a moment” — they’re living creatures, not a Sophie Hulme tote. Nevertheless, after years of cat domination, dogs are suddenly everywhere: at Ralph Lauren and Gucci (both brands now have a pet section), at John Lewis, which boasts a new pet department, in apps such as Doggity, which lists dog-friendly pubs and restaurants, and even in O2’s current ad campaign, with its strapline: Be More Dog. Last month, Eileen Riley, the author of Secrets of a Pet Nanny, was a guest on Woman’s Hour. Once a high-flying diplomat, Riley packed it all in to become a dog-sitter. She said she’s never been happier. Dogs are also having a moment in my house. Last June, after months of deliberation — and I really wouldn’t advise anyone to get a dog on the spur of the moment — we went to Sheffield to collect our puppy, Brodie (from a proper, Kennel Club-registered breeder. Never obtain a dog from Gumtree or a pet shop; google “puppy farming” if you don’t know why). It was passionate love at first, well, second — we’d picked him from the litter several weeks beforehand — sight. I was not always a dog person, even when I had a dog before. Looking after dogs properly takes a lot of time, and it’s not necessarily time you have if you also have small children. But I’ve always been more dog than cat. My mother had cats, neurotic, very beautiful abyssinians that were always scratching things and pooing in the bath, and who generally gave the impression of everything being slightly beneath them, like those glacial 1960s American socialites who were friends with Truman Capote. All of the things that people admire in cats — their aloofness, their fickleness, the fact that they like you well enough but can basically take you or leave you — are traits I don’t find very likeable. Dogs, on the other hand, are enthusiasts. They love everything. They love walks. They love grass. They love leaves (“Woah! Leaves!” they seem to say, every single time). They love sticks (“Sticks! Cooool!”). They love running and jumping and eating and having naps. You get the sense that if cats could talk, everything they said would be ironic or arch. Dogs just hop up and down with excitement, and if they could talk, they would say, “Man, today is a great day,” every single day. They are the most extraordinary life-enhancers. They’re also brilliant companions, and I say that as someone who lives with five other people. They don’t merely tolerate being stroked or petted: dog trainers will tell you that, for dogs, being patted or cuddled is even better than a delicious edible treat. They just love you and want to be happy with you. It’s extraordinarily touching. I think dogs make you a better person. Here is some dog advice. 1) Teeny yappy dogs, on which I’m not so keen, are still dogs. They are still descended from wolves. They are not toys. They still need to walk and exercise and not live in a handbag. They still poo and they’re still demanding. 2) Dogs thrive on company, some breeds more than others, but no dog likes being left alone for any extended period of time, let alone all day. 3) Dog school is really, really worth it. You want a dog that comes back when it’s called, that doesn’t jump up at people who don’t like dogs, that leaves litter alone, that is traffic-conscious; you also want a dog that is stimulated. Dogs are pleasers as well as enthusiasts: they enjoy working with you to achieve all of those things. 4) The view that dogs are alpha and will try to dominate the household unless you crush their spirit is ludicrously outdated, as is the idea that punishment works better than rewards. If you’re thinking of getting a dog, read In Defence of Dogs by John Bradshaw first. I used to laugh hysterically at people who said that having a dog was a bit like having a small child, but, actually, if you do it properly, it sort of is. A couple of months ago, my partner and I were away for the weekend, sans Brodie. We were having an idyllic time, which didn’t stop me from wondering out loud what Brodie was doing. “Playing, probably,” my partner said, looking wistful. And then we became aghast and said: “Good grief, what have we become?” Dog people, is the answer. We are dog people, and it’s a complete joy.