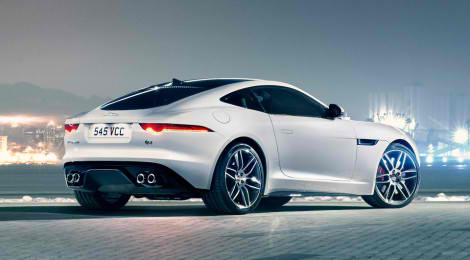 Jaguar has unveiled the F-Type R Coupe which will be split into three models: the standard F-Type Coupe that will be powered by a 3.0L V6 that produces 340 hp, the F-Type S which gets 380 hp from the same supercharged V6, and the range-topping F-Type R that is powered by a 550 hp V8 that gets the R from 0-60 in just 4.0 seconds and a top speed of 186 mph. Described as “probably the most extreme cold-formed aluminium body side in the automotive industry” an innovative single-piece aluminum pressing provides the car with torsional rigidity and, combined with the vehicle’s lightness, creates a stable ride and precise handling even at top speeds. The car will hit the streets beginning March 2014.