You are here: HOME / Culture,Entertainment,Food and Drink,Lifestyle,Music,Sport and Social / Let’s Get this Party Started

Let’s Get this Party Started 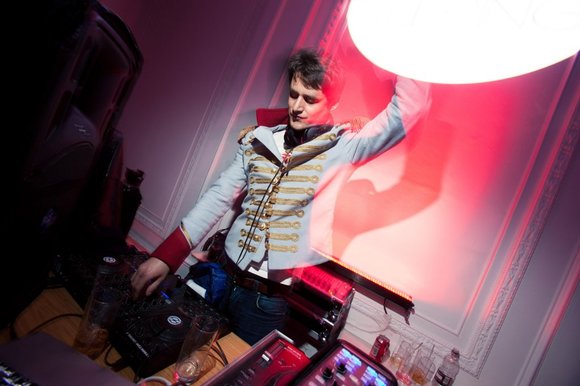 There has been something of a reordering within the capital's social scene of late: for years the hipsters of Shoreditch and Dalston have carried the torch of cool, launching the top clubs, setting all the fashion trends, playing all the best music. But the Chelsea set have just been biding their time. Clubs such as Bodo's Schloss, an "ironic" take on an Austrian aprés-ski bar, launched a few years ago, and you know what? They are very good fun. It helps that the two princes make the occasional appearance, and then everyone sits up and takes notice, but don't think the Chelsea set haven't quietly been polishing their party skills. This autumn, Ruski's Tavern opened in Kensington, attracting everyone from Cressida Bonas to Donna Air, then William's pal Guy Pelly (of Mahiki fame) launched Tonteria, a Mexican-themed club on Sloane Square. With totes amaze tequila shots gogo, they are scoring high on the funometer. These posh boys, you see, are not afraid of a theme. And now there's Housekeeping, a 1,400-capacity night at Koko in Camden courtesy of Jacobi Anstruther-Gough-Calthorpe (brother of Cressida Bonas), Taylor McWilliams, Sebastian MacDonald-Hall and Carl Waxberg. And all because the posh boys went to Ibiza and couldn't bear to come home. "We all absolutely love music," Sebastian rahs. "We'd fill our boots with partying and then be miserable that it was over." So they set up a party of their own at Sebastian's house. "We've all got DJ equipment and tend to get a bit revved-up with it," says Jacobi. So revved-up, in fact, that house parties are now off the agenda. "It's a sore subject," says Sebastian. "My neighbours have had enough." And so Housekeeping was born. So what, according to the posh boys, are the golden rules for a great party? "Make people feel relaxed and at home," says Jacobi. "Equal measures of friendly atmosphere and hedonism."

Then the people mix needs to be right: when you're as connected as these chaps, how do you know who to invite? "If you've got space for 50 people, you should invite 30 close friends split equally between boys and girls, and 20 new and interesting faces to spice things up," says Taylor. It's worth remembering that this gang all have impeccable manners, even in high-drama party situations. They aren't ones for screaming histrionics la the Made in Chelsea crew, and their wardrobe is also noticeably less flashy. "I like to stay away from brands," says Jacobi. Instead, it's about togs run up by their mates. "We've got a friend called Pinky Laing who makes these bespoke military and drummer jackets," says Sebastian. For those wanting to throw something a little more spectacular, the boys are fans of hiring in a few special effects. "Whatever budget you've got, spend it on production," says Sebastian. "As much as people want to dance, you need to make sure there's also a comfy area to sit. We hire big chesterfields and poufs, and then dress up the room with lighting and laser shows, confetti and CO2 cannons, balloons - anything we can get, really." Music, obviously, is key. "We always say a brilliant DJ isn't someone who plays everybody's favourite tracks, but rather someone who plays people's future favourite tracks," says Jacobi. "You know it's a good party when everyone congregates around the DJ booth," Carl adds. What do you do to get rid of those few final stragglers - the social moths of the party? "You have to have a rule that when the music stops, so does the party," says Taylor. And what time, gentlemen, would that be? Their club night ends at 5am, which, they reckon, is "a pretty good time to call it a day". "It all depends on the quality of the night," says Sebastian. "If people don't want to leave, then you know you're throwing a good party," Jacobi adds.

Let Raf Daddy of the dance-music duo 2 Bears fill your dancefloor. Good luck avoiding the dad dancing on these ones: Fred Wesley - House Party James Brown's trombonist delivers a sure-fire party starter - "Maybe I'll get lucky, I'll just call in sick." Guaranteed to fill the dancefloor Carly Simon - Why Yet another incredible Chic production The Joy Boys - The Wake Hot, horn-heavy house music from south London Storm Queen - Let's Make Mistakes A good message for anyone hoping to get some action at the Christmas party Eric B & Rakim - Paid in Full (Coldcut Mix) "Fish, which is my favourite dish." Classic, all the way Young MC - Know How Young MC is still unstoppable in the party The KLF - Justified and Ancient (Stand by the Jams) The Rites of Mu need to be performed at some stage. This will ease the tension Frankie Valli and the Four Seasons - The Night Classic soul belter Sophia George - Girlie Girlie One for the ladies Crooked Man - Girl with Better Clothes Future classic from Crooked Man

Having a good time is not about being cool, it's about having fun. So see if you can fit more marshmallows into your mouth than anyone else, and when someone suggests turning off the lights for a mass clothes swap, throw yourself into the cause. At Vogue's recent Fashion Night Out in Manchester, Twister even made an appearance. Games get the party rolling - it's a way to follow up on those stolen glances with people we want to meet. "Games are a huge ego- killer," says Celia Willis of the Twitchers Club, the silly dating party. "Everyone's making idiots of themselves, and then, when you see the person again at the bar, you've already bonded a bit." (Willis's guests usually end up snogging.) Don't fear, dear wallflowers, games are for you, too. "They are the best way for them to be included," says Willis. "You don't need social skills, plus you only create more fuss by not getting involved." Sock wrestling Define your wrestling ring, enlist two competitors (shoes removed, socks on) and see who can get the other's sock off first. Cue air punches. Watch the crotch Stand two teams in parallel lines, giving the first person in each line a balloon to hold between their knees, and pass on to the next person without using their hands. You'll find the crotch plays a big role. Office voodoo This take on Pin the Tail on the Donkey is excellent for moving things along at the office party. Invite participants to photocopy a body part to be stuck up on a notice board. Get blindfolded colleagues to take turns sticking a tinsel tail onto the facsimile body parts. Lyrical drinking At the onset of the Police classic Roxanne, guests at Barts on Sloane Avenue leap into two teams: one drinks every time they hear the word "Roxanne", the other at "red light". There are even more drinking opportunities with Donna Summer's Love to Love You Baby, which is 17 minutes long - take a sip every time she sings the title. The Betrayers' Banquet Seat guests at random at a long dining table and serve the best food at the top - lobster, soufflé, sirloin, and so on - and the worst at the bottom - spam, gruel, chicken feed. At each course, guests play a round of "prisoner's dilemma" (see betrayersbanquet.com) and choose whether to co-operate with or betray the person opposite. If both co-operate, they move up the table five places; if both betray each other, they move down five places, and if one co-operates and one betrays, the betrayer moves up 10, the co-operator down 10. It's intense, exciting, and stirs things up.

Pro tip: You can also consider hosting a thriller murder mystery show from the likes of The Dinner Detective Theater, if it's a private company party, along with dinner. The employees can enjoy the show, be a part of it and savour dishes from the posh menu for the night!

Get the nibbles right

A midnight feast The dried-up, hours-old canapé has had its day - now it's the turn of the midnight feast. Step forward, Annabel's members' club, which offers after-midnight snacks including a bacon brioche bun with truffled scrambled egg. Tasty, and just what you want after a few hours on the sauce. Posh junk Discerning partygoers have been getting into gourmet junk food. But forget any ideas you had of greasy caffs. The new London club Ink is serving up parmesan and garlic fries, posh beans on toast, truffle mac and cheese, and gourmet hot dogs. The rise of the marshmallow Macaroons are so 2012. And as for cupcakes - puhlease. For light-as-a-feather deliciousness, we recommend the pistachio and white chocolate marshmallows by Cloud Nine Marshmallows ( 6; cloudnine marshmallows.co.uk). Veuve Clicquot has even asked it to supply lemon meringue to accompany its rosé cuvée next summer. Street food Remove the hassle of party food completely and, as many party organisers have taken to doing, hire a food van instead. With the explosion of street food, more vendors than ever are available to park their vans on your drive and serve up tacos, sushi, sweets, burgers or, well, the sky's the limit. Byron burgers and Pitt Cue (pulled pork buns) also offer vans that will come to your house.

Mix it up: cocktails

Want the latest, hippest cocktails to get things going? Look no further than Heads, Hearts & Tails, a collective who advise all the best new bars. Here are their three festive belters The hot new bar cocktail Vermillionaire by Stu Bale and Davide Segat at the London Edition hotel 25ml Belvedere vodka 15ml lemon juice 15ml lemon and sage sherbet (muddle lemon and sage with sugar and dilute with water to make a sugar syrup) 1 dash orange-blossom water 25ml strawberry purée 75ml champagne Put all the ingredients except the champagne in a shaker. Shake and strain, and then top with champagne. For seeing the sun rise Pi–a Kale-Ada by Joe Stokoe at HHT 35ml Belvedere vodka 75ml freshly blended pineapple chunks 5ml fresh, cold-pressed kale juice 10ml fresh lemon juice 5 basil leaves 35ml Coco Face coconut water Shake all the ingredients, strain and serve on the rocks. Garnish with a slice of pineapple and a pineapple leaf The Twinkle The Christmas cocktail to try at home 50ml Belvedere vodka 25ml elderflower cordial Moët & Chandon champagne Shake the first two ingredients with ice and strain into a chilled champagne glass. Top with Moët and garnish with a lemon twist.
Filed Under:Culture,Entertainment,Food and Drink,Lifestyle,Music,Sport and Social