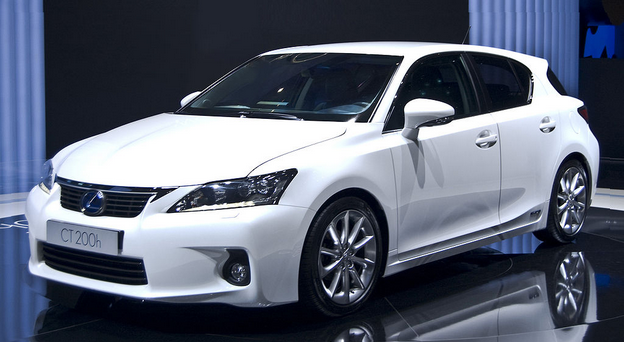 Lexus have introduced the world’s first fully hybrid compact car to the market. Is that the achievement it sounds like? Yes and no. The car has a lot going for it, but there are some big drawbacks that could put people off buying. They’ve recently given the car a facelift, ironing out some of the faults that held back the original release. And, although not everything is fixed, the changes do make a big difference. As well as giving the car a bit more much-needed curb appeal, they’ve also added better suspension and a more comfortable interior. It’s now a much better car to drive. Here’s a full review of the new model.

This is the main selling point of the CT 200H, without the low emissions factor, the Lexus would be a hard car to sell. Luckily, the stats are good. It produces 94g/km of carbon dioxide which makes the car environmentally friendly. It’ll also save you money of diesel, making the car fuel efficient and quite cheap to run. If, as a driver, this is your main area of concern, the CT 200H may be for you.

There’s not much to complain about the interiors. You’d expect them to be pretty high quality, and they are. You could even say they defy expectations in many ways. The seats are all high-quality leather, providing you with plenty of style and comfort. The gadgets you get are less impressive though. There is a remote touch controller that you use to control the sat-nav with. Unfortunately, as many people have pointed out, it’s not the easiest thing to use and can get frustrating very quickly.

As with many Lexus models, the exterior design of the car will inevitably split opinions down the middle. I would say it’s an acquired taste. It’s not an instantly attractive car, but you can grow to love it.The design is muscular and defined, aiming squarely at a male market. Sometimes it feels a little over the top but it is an impressive sight once it’s in motion.

Lexus was never interested in making a low-cost car. The CT 200H is a premium hatchback that will be competing with similar models made by the likes of BMW and Audi. If you buy the cheapest version of the CT 200H you will be paying less than most similar models but you will also be sacrificing some extras. For example, the DAB radio and sat nav don’t come with the cheaper car. You can pick one up for just under £21000 from the likes of www.rrg-group.com. The running costs are more attractive though. You’ll save some money on fuel and, most significantly, you’ll qualify for the government's lowest car tax band.

The CT 200H can run near silently once you hit a good level of speed. The problem is; it can’t claim to be silent when you’re gaining speed. It also loses speed much more easily than you’d like when you take on corners and turns. This is unfortunate because you’d hope it’d drive well, but it’s not quite up to scratch yet.
Filed Under:Driving