You are here: HOME / Architecture / Men’s Confidence – Do Guys Suffer In Silence? 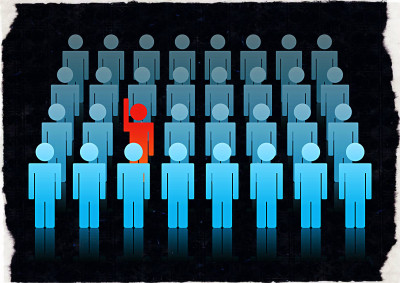 Mental health has become a well-known and talked about subject over the last year and many men appear confident by are unhappy about themselves either physically or mentally. Men are less likely to seek any medical help or advice on such a matter, which is reflected in the latest rise in mental health issues in men. In a recent infographic by Klearminds, mental health specialists, it was found that a staggering 64% of the British male population were unhappy with their appearance. What is even more concerning is that a mind blowing 81% of men engage in conversation about their unhappiness towards their muscularity. In 2012 it was said that 4,102 men in the UK invested in some kind of cosmetic surgery. But why are men doing this? Why do they feel so insecure?   Some would say that social media and advertising is to blame. You see many male models with herculean physiques that are almost impossible to get to when you’re an average man. Not everyone can genetically have this kind of body and many advertisements will mislead you to think that everyone can have a six pack and huge muscles. The truth is that not even 50% of the nation can actually get a six pack that is visual on the outside. Not only that, but the men you see in the magazines either workout 4 hours a day or they intake an awful lot of protein to gain muscle mass.   You could also blame some women for this surge in self-confidence issues. They spend all of their time worrying about how they look that they pick at almost everything and as much as men have less to consider we still share issues in common such as weight and size. It would be no surprise if the effects of women’s lack of confidence rubbed off on the men especially when you are younger.   New mothers are having a profound effect on little boys as well as the little girls. Some women forget that at a young age all children are impressionable, so if you spend every day hating your body or the way you are the chances are that your children will end up with the same views about themselves. You need to make sure that your thoughts stay solely with you, a friend or a professional.   Self-confidence is a real concern and if you suffer from any kind of negative thoughts or you find that you dislike the way you are then you need to think about having a talk with someone. Start by talking to friends and family, but if they cannot help then it might be time to sit down with a counsellor. It’s not as scary as it sounds, it’s a one on one session with someone who specializes in mental health and it can really help you to gain a better perspective.