The market for superminis is large, but there are lots of cars crowding the market, so can this year’s new Toyota Yaris really stand up the competition? There are great cars to beat such as the Ford Fiesta and the Volkswagen Polo. Those two cars are well established in the market and have proven to be very popular over the years, so it’ll take something special for the Yaris to topple them. 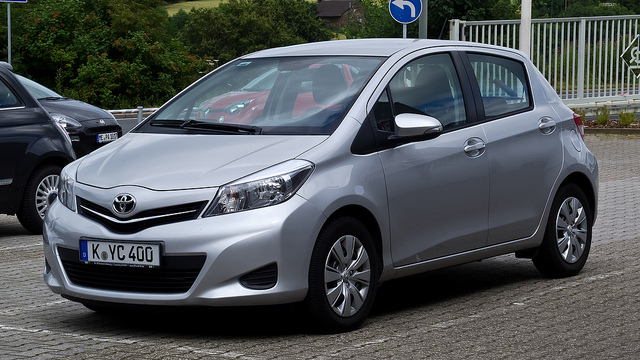 The first thing to note about the Yaris is the price it costs to buy and run. It’s very cheap, which immediately puts it at an advantage. Its competitors simply can’t keep up with those prices. Firstly, the car is exempt from road tax. And the best model in the range is able to do 80.7 miles to the gallon. You can buy new models from Inchcape Toyota for less than £11,000, so it’s a real bargain. It’s more spacious than most superminis too. You can often feel a little cramped when you’re in a car like a Golf or Fiesta. But in the Yaris, you feel like you’re able to stretch out without running out of space. It feels a lot more like a bigger family car. For example, the space feels similar to the space you’d find inside a Ford Focus. We don’t yet know what the safety rating from Euro NCAP will be. But it is true that the last model achieved a 5-star safety rating, so Toyota will be hoping that a similar rating will be achieved this time round. There is a good range of safety features on the new model, so this is likely. It has electronic stability control, warning buzzers for seatbelts and a full 7 airbags. So, how does it drive? Firstly, the steering is very easy to use and light, so you won’t have any trouble at all controlling the car when you’re on the road. The same can be said for the gearbox, which is light and very smooth to use. It’s almost sporty in how it drives, but the controls aren’t too sensitive, so it doesn’t feel too sporty either. It’s not quite the best car to drive in its range though. For example, other cars from Ford and Suzuki can be a little more fun, and the best Ford models are certainly more comfortable. This isn’t a huge deal though. I’m certainly not saying the Yaris is a hassle to drive, and it’s not uncomfortable either. And the drivers that are loyal to Toyota certainly won’t care about these minor concerns. If you’re looking for a car that is easy to drive and spacious while still remaining small and suitable for the city, you should definitely think about the new Toyota Yaris. It’s certainly an upgrade on the last Yaris model. The fact that it’s so cheap and is so efficient with its fuel usage will appeal to a lot of people who want to save some money. All things considered, it’s a good car, and you definitely shouldn’t rule it out.
Filed Under:Driving