You are here: HOME / Driving / So You Want To Buy A Jaguar. Find Out How ANYONE Can Afford To Buy One!

So You Want To Buy A Jaguar. Find Out How ANYONE Can Afford To Buy One! 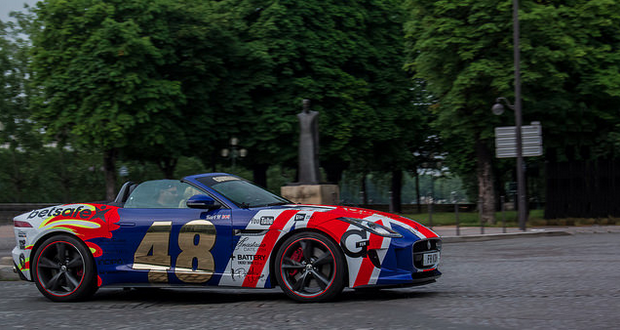 Everyone loves Jaguar cars, even if they don’t want to admit it! Jaguar is a popular British car marque revered the world over. They get driven by the motoring elite, celebrities, and you even see them driven in films too. But style, performance, and luxury come at a price. If you want a brand new, top-spec Jaguar model, you might have to sell your house to fund it! Of course, if you know what you’re doing, you can still afford to buy such a car without paying an arm and a leg for it. Intrigued? Keep reading to learn more on how anyone can afford to buy a Jaguar car!

Let’s say that you have your heart set on a brand new Jaguar car. Some models reach six-figure territory. Because of that fact, you might resign yourself to thinking that you will never afford one. Did you know that you can still get one, even if you’re not a high-flying company executive or celebrity? Instead of buying a brand new Jaguar outright, you should lease one instead. There are plenty of deals on Jaguar finance if you do your homework. Aside from Jaguar's finance services, look for other finance companies that are willing to fund your new pride and joy. You only have to lease the car for three years or so. After which time, you can go ahead and get yourself another brand new model if you so desire!

Want to own one? Go for a used model

Leasing isn’t for everyone. Some people would rather pay and keep their cars outright instead of “renting” them for a few years. If you’re one of those people, avoid buying a brand new Jaguar. Instead, opt for a quality used model. There is no shame in buying a used car. Millions of people do it every year. And, yes, even the rich and famous buy used cars. That’s because used cars offer better value for money than new ones. They are cheaper to buy than brand new models, and they are just as reliable too.

As you might have guessed, you will need to borrow the money to get the Jag of your dreams. Finance is the traditional way of borrowing money for a new or used car. But you can also borrow the money from other sources too. Your bank, for example, may be willing to lend you the money. An alternative is to use a peer-to-peer lender. Such lenders are more likely to give you money than banks. That’s great news for people with less-than-favorable credit scores.

If you own a car already, be sure to sell it first before you go ahead and buy a Jaguar. I don’t recommend trading it in for your Jag because the dealer will always offer you less money than you would get selling it on a private basis. Make sure that you clean your car and have it running well to achieve the highest value possible for it.
Filed Under:Driving