You are here: HOME / Lifestyle / Sport In 2016: Events That You Cannot Miss If You Get The Chance

Sport In 2016: Events That You Cannot Miss If You Get The Chance 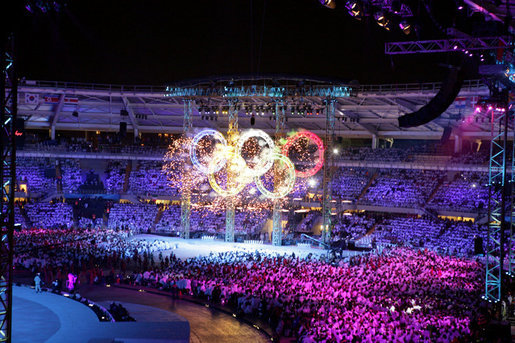 For men, sport is a big part of life. It is a big part of life for women too, but sport seems to dominate the lives of more men than it does women for participation reasons. That’s why every time you hear men talk about realising a dream it is always centred on a certain sport. Whereas as most people's’ bucket lists are filled with great cultural events and feats of architecture, ours are filled with sport. Never one to crush dreams, here are a few of the sporting events that are taking place in 2016 that everyone should try and sample.

On the world stage, the Olympics can only be compared to the World Cup when it comes to size and prestige. For seventeen days, Olympic fever takes over almost every country and the planet, as billions gather in front of the TV to watch. Next year, the Olympics are being held in Rio de Janeiro. Not only do they have one of the world’s greatest events, but they also have the sun, the beaches and the party atmosphere. There will never be a better place to watch an Olympic Games live than in Rio in 2016.

Held every two years, the Ryder Cup will come back around in 2016. Although golf isn’t normally the most exciting sport, the Ryder Cup changes all that because of the competition element. Two teams, one from Europe, the other from America, facing off against each other in the ultimate battle of teamwork is also worth watching! Over the years, the superior teamwork of the Europeans has come out on top. But, the Americans are out for revenge in their backyard next year. As a result, Ryder Cup 2016 tickets are incredibly popular. You might want to buy yours before it is too late.

It wouldn’t be summer without an international football tournament taking place. In 2014, it was the World Cup in Brazil, and in 2016 it will be the European Championships in France. Football tournaments are also worth watching live because the atmosphere is electric. Plus, this year the tournament has been expanded, so there is more chance of an upset. If you like the idea of watching the minnows triumph in person, the Euros might be the best place to realise the dream!

The Super Bowl takes place in February every year, but it is worth visiting if you are a lover of American sports. Of course, there are other big sporting events, like the World Series of baseball and the NBA Finals, but none is as big or as brash as the Super Bowl. Even if you don’t like American football, you can watch the likes of Beyoncé or Katy Perry perform at the halftime show. Catching a football game is something everyone should do when they visit the US, and there is no better game than the Super Bowl! Does any of the above feature on your list? If they do, what is stopping you?
Filed Under:Lifestyle