You are here: HOME / Lifestyle,Sport and Social / The Idaho Panhandle Is A Fly Fishing Paradise

The Idaho Panhandle Is A Fly Fishing Paradise 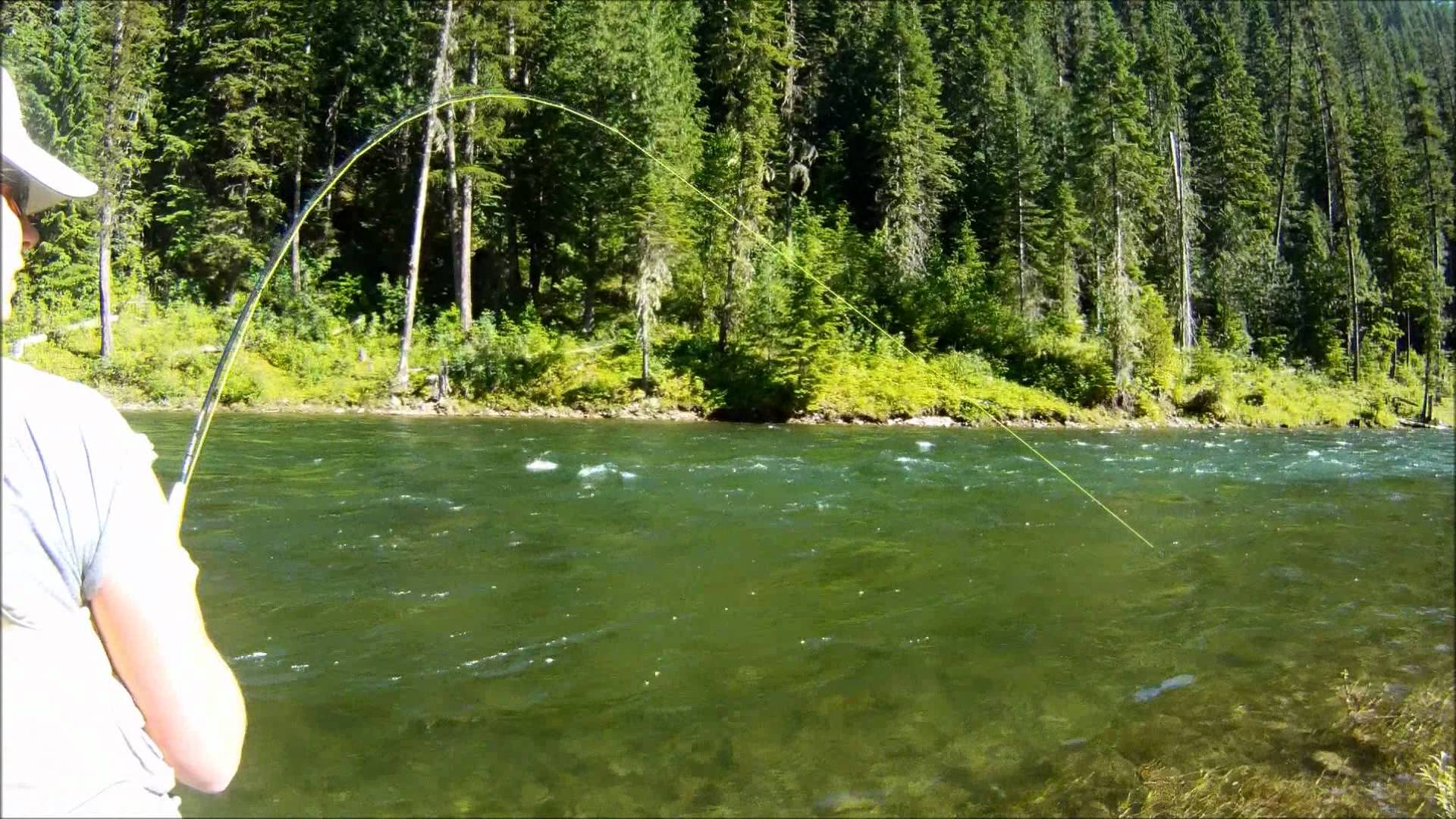 Idaho is a state of waters - waters flowing from the peaks of sky touching mountains to faraway oceans. The waters of Idaho, as well as the towns built around these waters, like Coeur d'Alene, are familiar to many. The Snake, the Salmon, and the Clearwater are historic for their massive white water. All three come together in Lewiston and reach to the great Columbia. Heavy with the history of Lewis and Clark, the waters of Idaho are some of America's most heralded rivers.

For a fisherman, southern Idaho is noted for the renowned Henry's Fork and The South Fork of The Snake River. Legendary for cutthroat and big brown trout, this gorgeous stretch of river should be appreciated by the avid fly fishing enthusiast at least once in your life.

Names of southern Idaho rivers are synonymous with great fishing; The Boise River, the Big Wood, The Payette, The Little Salmon. These rivers are loaded with hard fighting, native and stocked fish, ready for you test your skill at accurate casting and fly choices.

There is a lot of state north of Riggins, Idaho, and most of it is not especially remote. The reasonably easy access can take you to some of the best fishing waters in Idaho.

The Clearwater flows from the Bitterroots of Montana to join the Snake River in Lewiston. It is fed by the Lochsa, the Selway, and the three forks of the Clearwater. The Clearwater and the Snake are the entry point to Idaho for returning salmon and steelhead.

These mighty fish are making their return from the Pacific to Idaho, to complete their life cycle by spawning in their home waters. Steelhead, an anadromous form of the coastal rainbow, really kicks in about late September and early October. At the beginning of spring, just after the major runoff of mountain snow, there are runs of steelhead and Chinook salmon.

It is best to check with the locals and guides before planning your trips for these guys, as the runs are temperamental and based on local conditions. Some say a steelhead caught on the swing (on a Spey rod) is as close to a perfect fishing experience you will ever have. A quick tug and you could have 10 pounds or more of ocean fit fighting muscle on the end of your line. The success stories aren't many, but are always told with massive smiles!

The Cutthroat fisheries on the Coeur d'Alene and the St Joe are what trout anglers see in their dreams. Bubbly, clear waters under overhanging cedars. At times dark and shady, at times hot and dusty, giving you wide open casting over big pools in one place and putting you up against high banks and grabby bushes in others.

Sometimes picky, other times ravenous and aggressive, the cutthroat is a hearty, gutsy fighter, giving you all their weight and more as they take your line. When you land them, you are rewarded at that moment, with one of the most beautiful fish you will ever hold.

These are native fish, loved by native Idahoans, and tough like them too. They have survived massive mining, logging, and a host of other indignities to become a viable and prosperous species on these rivers.

If you go, plan on lightweight tackle and fly fishing only. These are catch and release areas, as they should be. Plan on finding a local fly shop for advice on the hatches that are ongoing. Wading is easy in both rivers, but both are floatable up to certain points. An excellent guide will help you immensely.

So next time you think about trout in Idaho, think outside of the box of southern Idaho and check out the Panhandle, it's an experience you'll want to hold on to.