You are here: HOME / Music / The Top 4 Music Festivals From Around The World

The Top 4 Music Festivals From Around The World 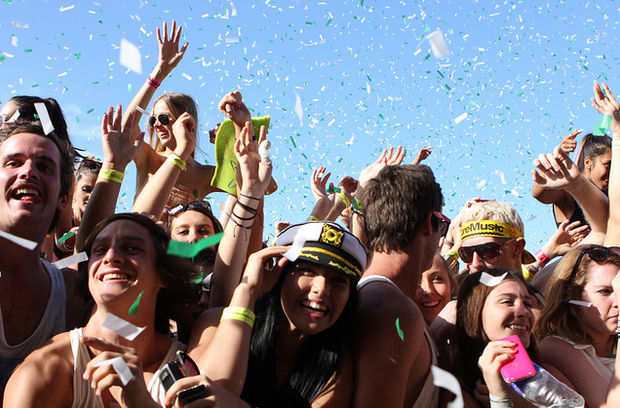 Is there anyone who doesn’t love a music festival? From Japan to the UK, Europe to the US, there really are some corkers out there. Here’s my rundown of some of the very best destinations to lose yourself in for a weekend or a week.

Nevada can always be relied upon to throw the biggest, best, most extreme version of anything, and music festivals are no exception. For one week every year, five miles of normally uninhabited desert becomes one of the biggest desert cities on the planet. Artists, sculptors, builders and just about every other trade flock here to loving craft the most amazing temporary structures. And then at the end of the festival they all get torn down. And after a week of meeting amazing people, hearing some incredible music, learning to barter rather than buy; it all culminates with the big burn. You’ve spent the whole week partying under the watchful gaze of a huge man in various guises, and on the final Saturday you get to watch him burn. Mental. And really, really great fun. The proud owner of the title ‘Biggest Festival in the World’, Donauinselfest only missed out on the top spot because Burning Man is, well, an experience in itself. Held on the island of Danube in Vienna, this one is aimed squarely at the home market. That doesn’t mean us foreigners can’t enjoy ourselves. With a smattering of international acts, this Austrian-centric festival is the perfect place to discover your next favourite D.J or band. With millions of people packed into a four mile stretch, you might also discover your next favourite friend here as well. This is definitely the spot for bumping into some of the most interesting people of the world (hence it’s no. two status).

A favourite of the A-list, this festival is not as heavily based in the indie scene as it once was. It still has a decidedly hippy vibe though, so you won’t struggle to buy a shisha pipe and any number of other indulgences. This popular festival sells out quickly, mainly due to its name and a reputation for quite a lineup so if you are heading to Coachella, make sure you plan well in advance. Not many westerners have heard of this one but it is well worth a look. This is the spot to make new discoveries. I cannot understate how big this festival is; you may never have heard of it but most of Africa has. The line-up is heavy on artists from French-African countries, so for many it’s a great introduction to an entirely new genre. And language. You will need a phrase book with you for this one, which is great. It gives the whole atmosphere that much more of a holiday feel. Until the headliner appears that is. This Moroccan festival attracts some big names and has been headlined by none other than Whitney Houston, Rihanna and Lionel Richie in its time. Now that’s pretty impressive.
Filed Under:Music