You are here: HOME / Sport and Social / The Toughest Sports In The World

The Toughest Sports In The World 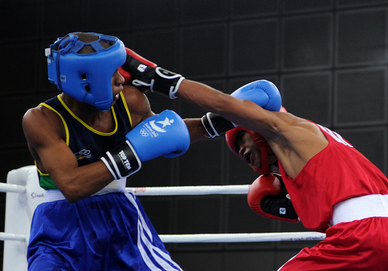 If your idea of a good workout involves bumps, bruises and a sore arm, today’s post is for you. We’re going to look at the toughest sports around. The sports here will leave you exhausted, tired and hurting in the best way possible! You know you’ve had a good workout when you wake up aching the next morning. These sports will push you and your muscles to the limit. They’ll also test your mental and physical toughness. Ready to jump in? Let’s take a look.

Rugby - This British game is one of the toughest on the planet. Every professional player has picked up a broken nose or a cauliflower ear at some point. It’s a very physical sport with the emphasis on tackling and heavy contact throughout. When you put on those rugby shirts, you’re preparing for a rough ride. The trick is to attack with confidence and power. This is the safest and most efficient way to play the game.

Ice Hockey - There’s a reason why fans compile footage of the hardest hits from ice hockey. Players are routinely smashed to the cold, hard ground. It’s the ultimate test of speed and power on the least stable surface possible! You’ll have to outdo opponents by barging, tackling and forcing your way through. Don’t get us wrong, there’s an element of finesse to this sport too. The precision and accuracy needed to score requires a delicate skill.

Boxing - Now we come to perhaps the toughest of all. When the aim of the game is to knock your opponent out, that’s tough. You can expect to take a bit of a beating when you take up boxing, it’s the nature of the sport! However, it’s also an amazing way to build up fitness, poise and balance. The best boxers are not simply big and heavy, quite the opposite. It’s tough, but it’s also a highly skilled sport. Having said that, you will build up muscle quickly.

Climbing - Although there’s no physical contact with others, rock climbing is one of the toughest out there. You’re wrestling with Mother Nature herself. The thing that makes climbing so tough is overcoming that fear. You have to trust your arms and legs and put that nagging doubt to the back of your mind. It’s one of the most mentally challenging sports on here. Not only that, but it is physically demanding beyond anything you would expect. The strength and balance requires is second to none.

Mixed Martial Arts - Martial arts is much like boxing in the nature of its physical contact. Martial arts tend to focus a lot more on grappling or wrestling style moves. Some can also be quite dynamic and elegant. But, the goal is the same: disarm your opponent. Although it is tough, martial arts also teaches respect and history of culture. You’ll expand your physique and your mind.

If all this talk of physical activity is getting your blood pumping, try joining a local class. Each of these sports will have local clubs where you can learn the basics. It’s time to get tough!
Filed Under:Sport and Social